View some of the Frequently Asked Questions to our support staff. Included are some tips and tricks making this forum ideal for users getting started with GoAnywhere MFT. Note: Users can reply to existing topics but only our support staff can add new topics to this forum.
1 post Page 1 of 1
Post Reply
Immutable Variable Error

I am seeing the following error in my job log - An attempt was made to change the value of an immutable system variable 'system.job.log'. What does this error mean? 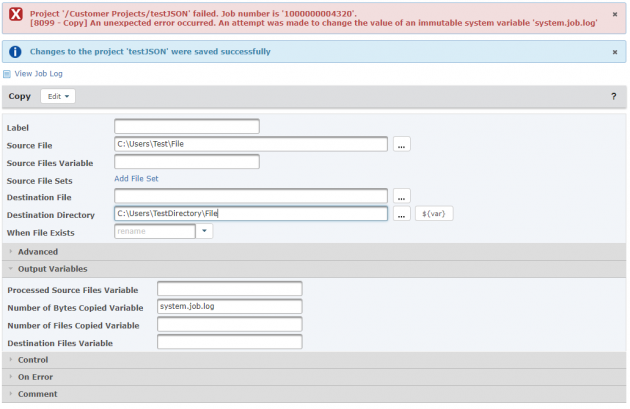